It was transcribed from an audiocassette which had the title, "Atheism: The Case Against God. And of those that remain, S.

And since I'm addressing an atheist organization, I shall be speaking to you for the most part as fellow atheists. I won't be attempting to convert anyone and I won't insult your intelligence by attacking Christianity or the Bible and so forth.

Instead, I will be concerned with discussing basically what atheism is, why it's important, and how best to defend it successfully. And just in case there are a few religionists in the audience, I invite you to stay around and experience for an afternoon what it feels like to be part of an intellectual elite.

Now before discussing atheism directly, I want to make some preliminary comments that are quite important, because unless you understand my general philosophical approach, I don't think you'll understand my approach to atheism.

If there's one major intellectual problem facing America today, I would say it's the credulity crisis. Or, to put it more bluntly, I would say that we're plagued with a blight of gullibility in America.

It never ceases to amaze me how people are willing to accept the most absurd, moronic beliefs not only without supporting evidence, but often times in the face of conflicting evidence. It is sometimes said that religion is on the decline in America, but even if this is true we are not witnessing a corresponding decline of irrationalism.

Irrationalism, by which I mean ignorant disregard or disrespect for reason, is still going strong. It changes its form from time to time, but nevertheless it's still with us. So, while we may say, that some traditional Western religions seem to be on the decline and have been for some time, irrationalism continues to rear its ugly head, whether it's in the form of occultism, Eastern mysticism, or in the form of Uri Geller, demonic possession movies, and even some psychological fad groups such as Este, which are closer to religious cults than to any legitimate psychology.

Now, what accounts for this resurgence of irrationalism in America? Well, there are undoubtedly many factors involved, but certainly one of the most significant is the inability or unwillingness on the part of many, many people to reason well.

Most people do not know how to think critically beyond a very rudimentary level. America, for all of its stress on technology and science, continues to produce an abundant crop of intellectual vegetables who neither care about what is true nor even if they did, how to go about ascertaining what is true.

So make no mistake about it: Proper reasoning must be learned and practiced. Even with the proper guidance, it can take years for to ingrain proper reasoning habits, to the point where they become second-nature.

We are supposed to be an educated nature, but when is the last time you heard of a course on critical thinking being given at the grade-school level, for example?

Did you ever wonder why, when children were being force-fed every subject from geography to social studies and other useless topics, that they are not given the opportunity to learn to think correctly?

Well, this isn't too surprising if you think about it, because you cannot teach critical thinking without inevitably stepping on someone's toes. Can you imagine the reaction of many parents, if Johnny came home with the homework assignment to investigate the evidence for the resurrection of Jesus?

Of course, this wouldn't go over too well. The basic point I wanted to make about atheism in regard to this is: The American child who grows up to be a Baptist simply because his parents were Baptist and he never thought critically about those beliefs is not necessarily any more irrational than the Soviet child who grows up to be an atheist simply because his parents were atheist and because the state tells him to be an atheist.

The fact that the Soviet child in this particular case may have the correct position is irrelevant. So it's no so much what one believes, or the content, as it is why one believes as one does.

So the issue of reasonableness pertains to the concern for truth, concern for the correct methodology of reasoning. And just because a person espouses atheism is no guarantee -- believe me -- that person is necessarily reasonable.

Speeding Tickets: How to Defend Yourself | ashio-midori.com

This is basically why I never crusade for atheism per se outside of a wider framework. Atheism is significant, to be sure. But it's significance derives entirely from the fact that it represents the application of reason to a particular field, specifically the area of religious belief.

Atheism, unless it is ingrained within this greater philosophical defense of reason, is practically useless. When, however, it is the consequence of the habit of reasonableness, then atheism stands in opposition to the wave of supernaturalism and mysticism we are currently experiencing.Gracie Jiu-Jitsu Academy—online, DVD, and in-person self-defense training; If you know of any other good self-defense tips, techniques, or resources, please share them with us in the comments.

Speeding Tickets: How to Defend Yourself. When fighting a speeding ticket, understand the different types of speed limits and how to defend against each. Share on Google Plus. Share on Facebook.

If you are ticketed for speeding, your defense will depend on the nature of the speed limit. All 50 states use three basic types of speed limits. wasting elixir to rocket a goblin barrel is an end-game desperation move or a pretty bad mistake. 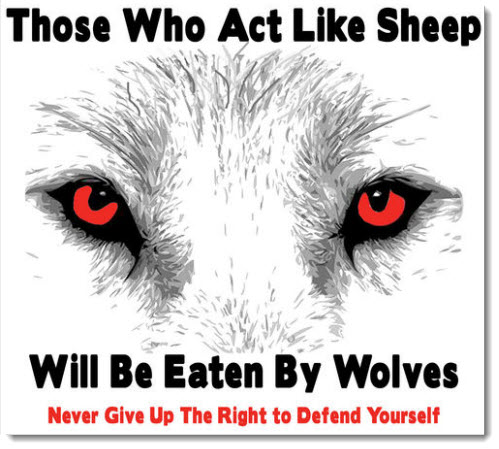 The guy said "oops", because he meant to defend the barrel with a cheaper card. Feb 18,  · How to Defend Yourself Four Parts: Maintaining a Defensive Posture Defending Yourself from the Front Defending Your Back Avoiding Confrontation Community Q&A The difference between walking away and becoming tomorrow's newspaper headline is how well you are prepared to protect yourself in a bad situation%(51).

understanding of how to defend properly as a team can be the difference between success and failure. Consider the old saying "if you don't concede, you can't lose". Building a team with a strong 2/25/ How to Defend Properly as a Soccer Team [ARTICLE]. Russell Simmons denied the multiple rape accusations against him Thursday, writing "Today, I begin to properly defend myself.".

How to defend corners properly in Football Manager, a guide by FMInside